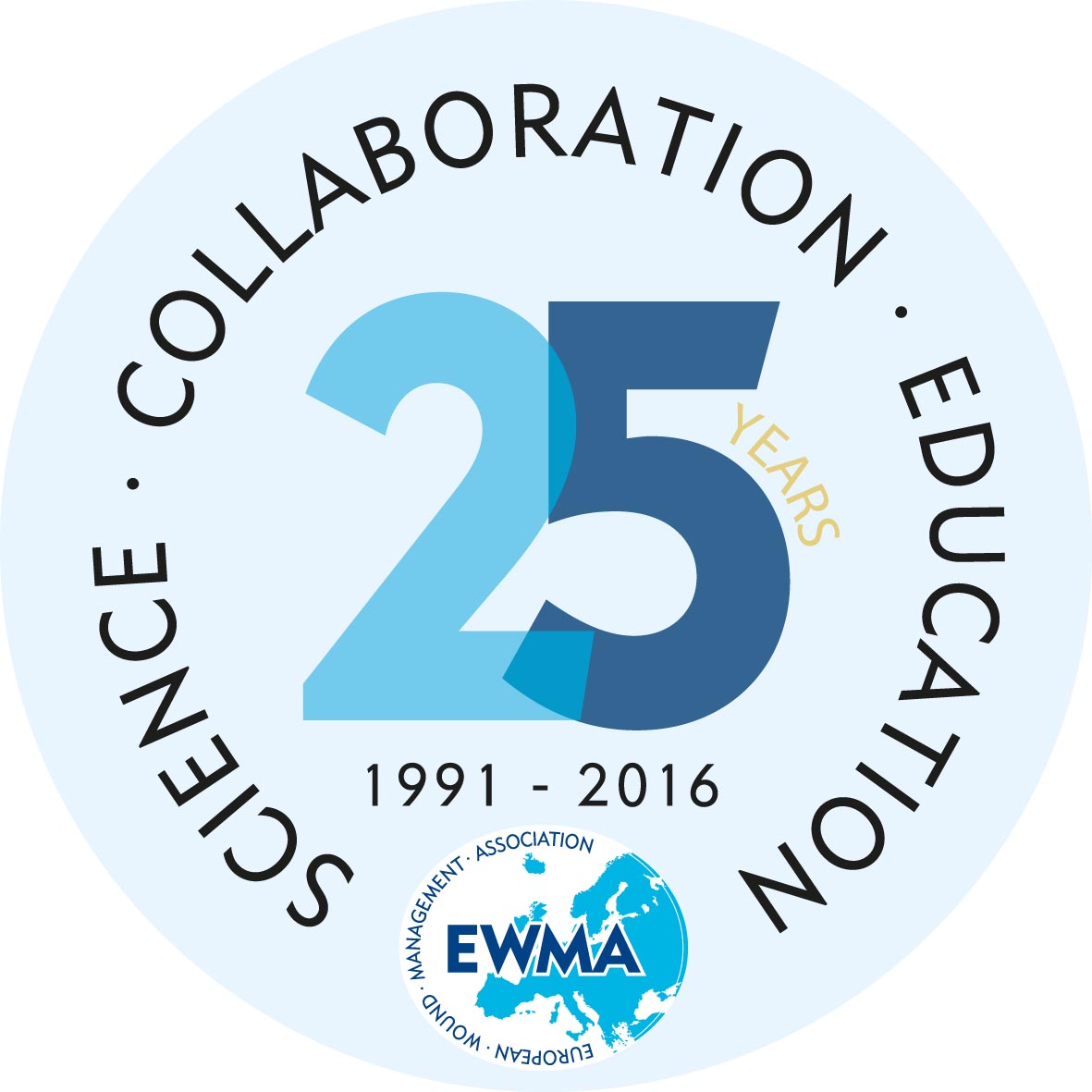 This year EWMA is celebrating its 25th anniversary. On this occasion a number of events and activities will take place to highlight important milestones in the history of EWMA and modern wound management in general.

We invite EWMA members, Cooperating Organisations and other partner organisations, industry supporters and all other EWMA stakeholders to join us and use this opportunity to share experiences and views on the past as well as the future of wound management.

We would be grateful for your input if you are in possession of pictures, posters or other material from the early days of EWMA. Please contact us at ewma@ewma.org.